Plant a tree in memory of Ron
An environmentally-friendly option 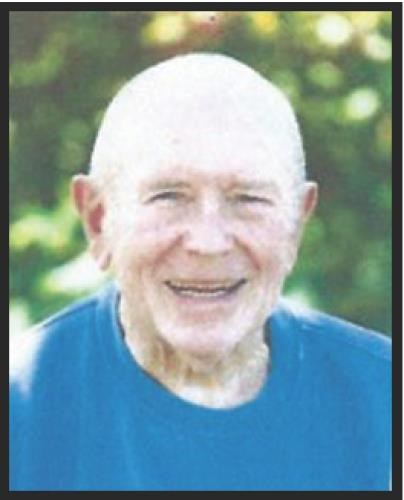 (In May, 2017, Ron wrote this obituary)
Ron Brunson was born, August 5, 1935 in Ellensburg, Washington and raised on a dairy farm. He was active in 4H and FFA, winning many top honors in both, including trips to Chicago and Kansas City.
He tried college at Washington State University and found out he didn't like to study.
Volunteering for the draft he was inducted into the Army for 2 years and was sent overseas to Korea for 16 months and was company clerk in the 7th Division. He returned home in 1956 and didn't agree with his Dad on farming so moved to California. Plus it was too darn cold in Washington.
He did many various jobs in the Arcata area. He met and married Nancy Comstock in 1958 and was hired by the Arcata Post Office as a carrier. Soon after, he had the honor as a carrier, to have the first driving route. He worked as a carrier for 6 years and then switched to the Clerk Craft for 5 years. He then did a short stint at the Trinidad Post Office and in 1970 became a Post Master In Blue Lake, California. He was one of the first employees to be appointed on merit alone.
Ron and Nancy had 2 sons, Randal Coradon Brunson, December 8, 1959-March 31, 2010 and Kevin Lee Brunson, June 16, 1961- July 3, 2014.
Ron worked as Postmaster for 19 years and then retired In 1990.
He was involved with the Chamber of Commerce and joined the Grange in 1980 and soon became master. He was very active at the Grange.
In 1992 he was hired at the Blue Lake Elementary School doing maintenance part time which also included mowing fields. Most recently he delivered the school's mail to them.
In 1994 he had a stroke that slowed him down.
He drove the school bus for Arcata High School 1 year in the late 50's. He helped at the school with many dinners and breakfasts. He had a Cub Soout Pack and Scout Troup while in Arcata and went on 2-8th grade trips for Blue Lake Elementary School. He also helped at the school with many dinners and breakfasts to raise money for the trips and scholarships.
He helped with the breakfasts that were served at the Grange for many years and took many trips to Lake County to pick up walnuts to sell at the Grange.
In 1975 Ron and Nancy and other park committee members started a skating program at Prasch Hall and worked tirelessly for 6 years.
Ron Brunson enjoyed being busy!!
He is survived by his wonderful wife Nancy Comstock Brunson and by sisters in law: Sunny Brunson, Jean Martin, Joanne Comstock and brothers in law: Wes Martin, Charlie Comstock, and numerous nieces, nephews, cousins and very dear friends.
Memorial will be held Aug. 5. 2021, Mad River Grange (In Blue Lake) in "Ron's Roam" 1:00 p.m.

Plant a tree in memory of Ron by clicking here.
To send flowers to Ron's family, please visit our floral store.

Plant a tree in memory of Ron
An environmentally-friendly option

Plant a tree in memory of Ron

1 tree planted in memory of Ron

A Memorial Tree was planted for Ron Brunson

Plant a tree in memory of Ron