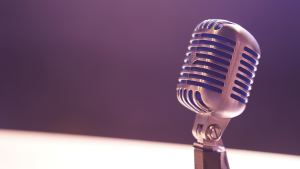 June (Robinson) Allen passed away on April 2, 2019 at the age of 88 at her home in McKinleyville, with family by her side.

Born May 3, 1930 in Austin City, Minnesota, Beverly was the first of six siblings born to Fred and Margaret Robinson. Raised on a farm in Blooming Prairie, Minnesota, she was the first in her family to attend university. Beverly received her Bachelor of Science degree in Medical Technology in 1951 from Macalester College in St. Paul, Minnesota. In 1955 Beverly met and married George Herbert Allen, settled in McKinleyville, California and raised three daughters, Terryl, Wendy and Stasia.

Beverly was a tall, slender, beautiful red-headed Norwegian who loved to read and learn. In 1947, at the age of 17, she entered a 4-H radio public speaking contest, themed “How Can I Better Serve as a World Citizen?” Beverly won the contest and delivered her speech on a statewide radio network – the beginning of more than half a century promoting women’s rights, women’s health, human rights, international peace, and community enrichment and development programs.

In 2016, Beverly received the Distinguished Citizen Award from Macalester College in recognition of outstanding leadership, achievement, and active involvement in community throughout her lifetime. Beverly was a 4-H leader, served on the boards of General Hospital, the League of Women Voters, and the Humboldt Unitarian Universalist Fellowship (HUUF) – being an early founding member of the latter and the author of the history of the HUUF. Beverly was also a founding mother of Northcountry Clinic in Humboldt County, one of a group of clinics serving more than 50,000 low-income women and children a year. She helped the McKinleyville Union School District start a Language Immersion Program that provides dual language learning and bilingual education in the schools. She was a co-trustee of the Andrée Wagner Peace Trust which supports and promotes pacifism and peace.

Peace building was also a theme in Beverly’s international volunteer work. She traveled to Nairobi in 1985 to attend the United Nations Decade for Women conference, and in 1986 went to Moscow, Germany, Helsinki, and England with the international organization, Women of Peace, to protest the storage of nuclear cruise missiles.

Beverly was also an accomplished knitter and weaver, an avid life-long walker/hiker, and held strong beliefs in women’s and earth based spiritualities. She raised sheep for wool, collected plants for dye, hand spun the wool into yarn, then wove and/or knitted hats, socks, shawls, blankets, sweaters, vests, capes, and hedgehogs! Walking in nature, often, for many miles at a time, was how Beverly renewed her spirit – being present with the flora, fauna, soil, water, wind, and sun. At the HUUF, she co-facilitated two women’s spirituality curricula: Cakes for the Queen of Heaven and Rise Up and Call Her Name, and was a key lead in having the HUUF congregation meet the Unitarian Universalist Association’s criteria to become a Welcoming Congregation to the LGBTQ community.

Beverly was preceded in death by her husband, George Herbert Allen (May 9, 2011); her parents, Fred and Margaret Robinson, her brother David, and nephews Jeff and John. She is survived by her three daughters, Terryl Lee Allen (Jim), Wendy Burroughs (Gordie), and Stasia Allen Buffenbarger (Jim); her sisters LaVonne Sorensen (Orley), Marilyn Tollefson (Gaylord), and Doris Hill; her brother Jerry Robinson (Sunny); grandchildren Chelsea and Trent Burroughs, and Hannah and Dylan Buffenbarger; and many nieces and nephews.

A Celebration of Life will be held on Saturday, August 10, 2019 from 2 to 4 p.m. at the Humboldt Unitarian Universalist Fellowship in Bayside. In lieu of flowers, memorial donations can be made to the HUUF, 24 Fellowship Way, Bayside, CA 95524; or The George and Beverly Allen Fisheries Assistantship Endowment by calling the Humboldt State University Office of Philanthropy at 707-826-5200.

To send flowers to the family or plant a tree in memory of Beverly June (Robinson) Allen, please visit our floral store.